Scott Guthrie showed off some new features that he’s recently learned. This feature is new to Visual Studio and has been one that I have been waiting for since Visual Studio .NET 2003. Have you ever been typing and needed to look at something behind Intellisense? 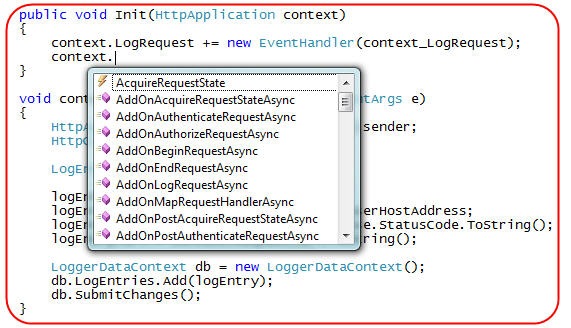 It happens to me quite a bit since I started using Visual Studio .NET 2003.

Also, one new thing that Scott showed off was the ability to “Remove Unused Usings”. This feature is included in the Visual Studio add-in ReSharper.

However, Visual Studio 2008 takes it a step further and allows you to “Sort Usings”, and “Remove and Sort”.

Get notified of new posts and related content to your inbox. I will never sell you anything and I will NEVER sell your email address.

Blake Niemyjski is a full time open source software architect and private pilot. Since the late 90's, Blake's curiosity has been focused around developing software that helps the masses. As a hobbyist developer turned student and professional, Blake's passion is to further his knowledge and create technologies for the future.

Learn More About Me